Rolfing as a Treatment for Anxiety 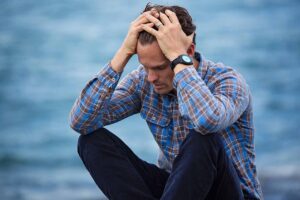 Anxiety has been for many years an all but invisible problem in the United States. At the same time, more than 40 million American adults are affected . Of this large group only 36.9% receive treatment. The causes of anxiety disorder are complex and include genetics, brain chemistry, personality and life events. Treatment has, for the most part, consisted of medication, and according to a study in 2010 , more than one in five American adults took medication for disorders such as anxiety. 11% of women over age 45 were found to be taking anti-anxiety medication.

Anti-anxiety medications known as selective serotonin reuptake inhibitors (SSRIs) are also often prescribed to influence brain chemical interactions associated with mood disorders. Benzodiazepines are sometimes recommended as well for anxiety treatment, though they are addictive and potentially harmful if stopped suddenly. The quantity of these medications prescribed to Americans has more than tripled since the mid-1990s. Their use creates drug dependency, side effects, and the danger of overdose.

With the dangers of the overuse of medication becoming more evident, the search for non-pharmacological treatments for anxiety has intensified. Rolfing ® Structural Integration, a form of bodywork that reorganizes the connective tissues called fascia, that permeate the entire body, has been shown to reduce anxiety without medication and its negative effects. A controlled clinical study indicated that Rolfing caused a lasting decrease in state anxiety when compared to the control group. Results were discussed in terms of the release of emotional tension stored up in the muscles due to Structural Integration.

Stress within a body can make a person feel like they are all tied up in knots. Rolfing can help untie the knots by slowly unwinding each end and working deeply to the center. It helps ease stress by creating a freer support structure to carry the body’s weight. In the Journal of Clinical Psychology, 1979 *, a psychologist and a kinesiologist from the University of California, Los Angeles (UCLA) studied the effects of the intervention technique of Structural Integration on state-trait anxiety. Results indicated that Rolfing caused a decrease in state of anxiety in an experimental group. Finally, an NIH funded study showed that massage therapy decreased cortisol (a stress hormone), and increased levels of serotonin and dopamine by significant amounts.

Rolfing, as performed by an experienced practitioner, offers significant stress reduction and anti-anxiety effects safely and with no side effects.